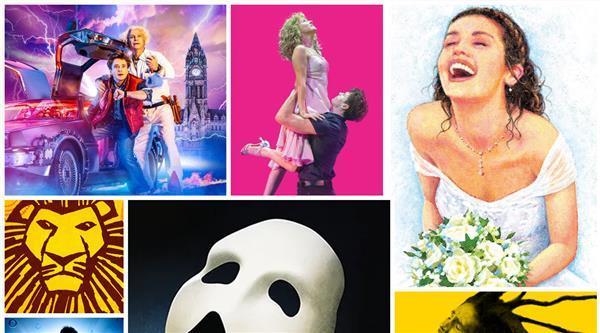 So far in our look ahead to 2022 in theatre, we’ve mainly focused on West End musicals. This week it’s time to cast a spotlight on the most exciting plays lined up for London theatregoers over the next year. A couple of pre-pandemic favourites are back, and there are some incredibly exciting new productions waiting in the wings too. If you missed the first two weeks of our round up of 2022, you can catch up here and here.

Just on the corner of China Town, the Palace Theatre stands proud with its gorgeous façade and wicker snitch. This two-play play (yes, it’s two plays!) had critics and audiences agog when it opened, with many calling it the best thing they’ve ever seen. Witness magic like you never thought possible, and indulge yourself in more of the Wizarding World. Perhaps make a big Wizarding World week of things and book to see Harry Potter and the Cursed Child in the same week as the next Fantastic Beasts film comes out. It’s gearing up to be quite the year for Potter fans.

Another play inspired by a popular blockbuster. Life of Pi tells the story of the survivors of a shop wreck in the Pacific Ocean: a hyena, a zebra, an orangutan, a Royal Bengal tiger and a 16-year-old, called Pi.

Originally a book, then a film, this play version has captured audiences’ hearts. Fans of War Horse will appreciate the exquisite puppetry.

This production has been praised with a smorgasbord of five-star reviews, so if you want to be inspired by incredible theatre, get tickets for Life of Pi.

Mischief Theatre’s collaboration with Penn & Teller is a hilarious mix of magic and the trademark “goes work” comedy. If you want to catch this belly-achingly funny show, you’ll need to be fast because its run at the Apollo Theatre comes to an end in February.

Treat yourself to a light-hearted evening out this winter, and don’t be surprised if a few tricks really do go right. The magic in this show is actually pretty showstopping.

This National Theatre adaptation of the heart-warming tale of childhood friendship and imagination is definitely one to add to your list for 2022. The play is based on the bestseller by Neil Gaiman and effortlessly balances nostalgia, excitement, fantasy and friendship in this piece de la resistance of storytelling.

This could quite possibly be the most hotly anticipated play of 2022. In 2019, Aaron Sorkin’s adaptation of Harper Lee’s classic novel became the most successful American play in Broadway history. That’s no mean feat. We’re looking forward to the London production, which will start Rafe Spall as Atticus Finch when it opens in March. The remainder of the cast is yet to be announced, and we’re excited to see who will be starring alongside Spall in this modern American must-see.